Martingale (Martingale) is a transaction management system. Initially, the system was invented for betting in the casino.

The essence of the Martingale system:

The history of Martingale’s method began in the gambling business, from where the system came as one of the methods of management (the method of money management). The appearance of the concept itself dates back to the mid-18th century. The exact etymology of the word is unknown, presumably it originated from the card jargon la martengalo – “play in an absurd way”.

In the forex market, the Martingale system has proved to be a highly risky and highly profitable trading strategy. Such a strategy is in demand for beginning traders who have a small deposit and who are trying to “disperse” it in a short time. Experienced traders treat the method cautiously, realizing that the result of the trade may be a deep drawdown or a complete loss of the deposit.

The main motivation for the distribution of the martin system is its successful application when playing roulette. The owners of the casino were forced to introduce changes in the rules of the game, one of which is the maximum bet in roulette. Thus, the use of the method by traders is not without foundation.

The founder of the method is the French mathematician P.Levi, who used the theory of probability in his discovery. The principle of the strategy is very simple: after each unprofitable bet the player places doubled. Thus, the first winning po

sition after a series of losses covers the loss and brings profit at the rate of the initial bet. The simplest and most effective demonstration of the method is the game of “the eagle and the ridge,” which simultaneously demonstrates the most important vulnerability of the strategy.

The peculiarities of the method are that, when transactions are consistently concluded, the funds invested in them are distributed in time and in extent. This amount is invested gradually, as the price moves away from the desired side. When the moment comes and the direction of the trend changes in a positive direction, already a small price movement brings a significant profit, since the trade is already being carried out with the maximum rates.

Trade in martingale strategy is not justified with a small deposit – there is a real threat of its loss.

The main drawback of the method is its exactingness to the size of the deposit. Naturally, it is logical to assume that with a long period of negative transactions, the investor’s funds may not be enough to continue the rates. Thus, the size of capital for the application of the method must, again, theoretically, be unrestricted, which is impossible in principle. Trading in the same small rates does not bring the required profitability, while there are risks of losing the deposit completely.

GainCraft allows you to create your own variants of Martingale strategies in just a few clicks. Using Visual Assistance or Strategy Wizard. You will be offered several system templates, with a list of parameters. There are two ready-made options for entry orders, there is also the possibility to use reverse. The resulting strategy, you can immediately apply and check on the historical tester and see the results of the work 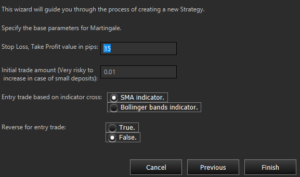 It is important not to forget to adjust the parameters for StopLoss and TakeProfit, as well as the size of the lot, depending on the size of the deposit, otherwise you can take a lot of risks. 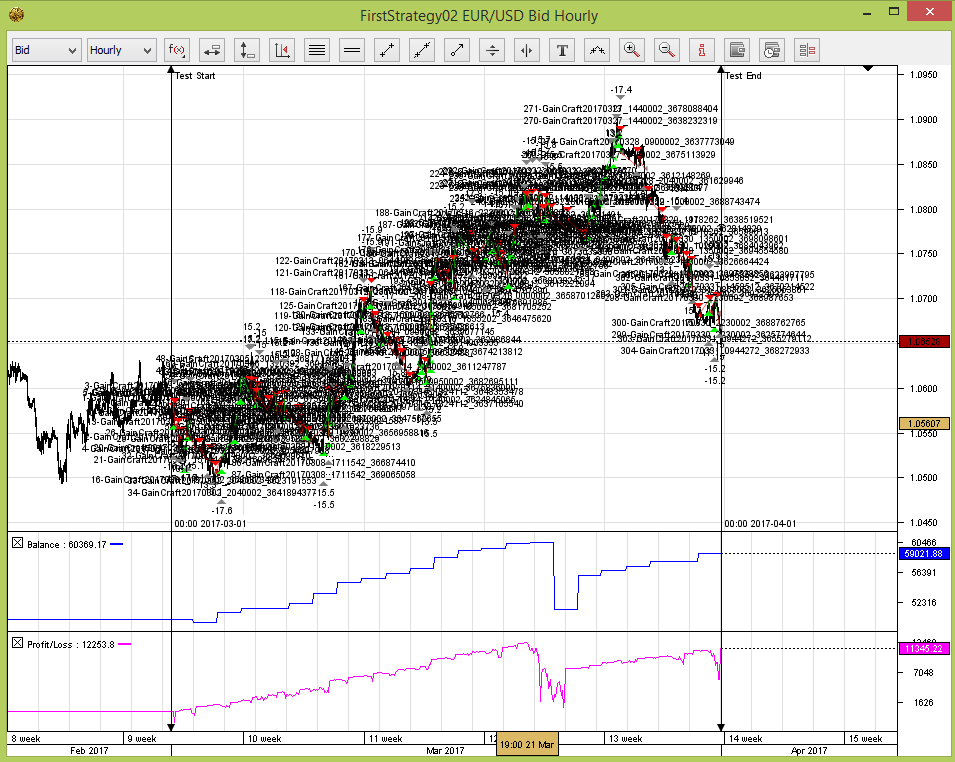 Also, we have a ready-made PilgrimMartingale strategy, this is Martingale’s improved strategy. There is a much better mechanism for entering the market. For Live registered as an additional service, we provide a strategy for modifications and a visual part.